The San Antonio Business-Cycle Index strengthened in April as payrolls expanded and the unemployment rate ticked down. Local consumer spending declined but remained above pre-COVID-19 levels. Home sales activity was sluggish in April, and COVID-19 hospitalizations continued to decrease.

The San Antonio Business-Cycle Index—a broad measure of economic activity in the metro—expanded at a healthy annualized 7.4 percent in April (Chart 1). Recent strength in the index can be attributed to strong job growth and a lower unemployment rate. 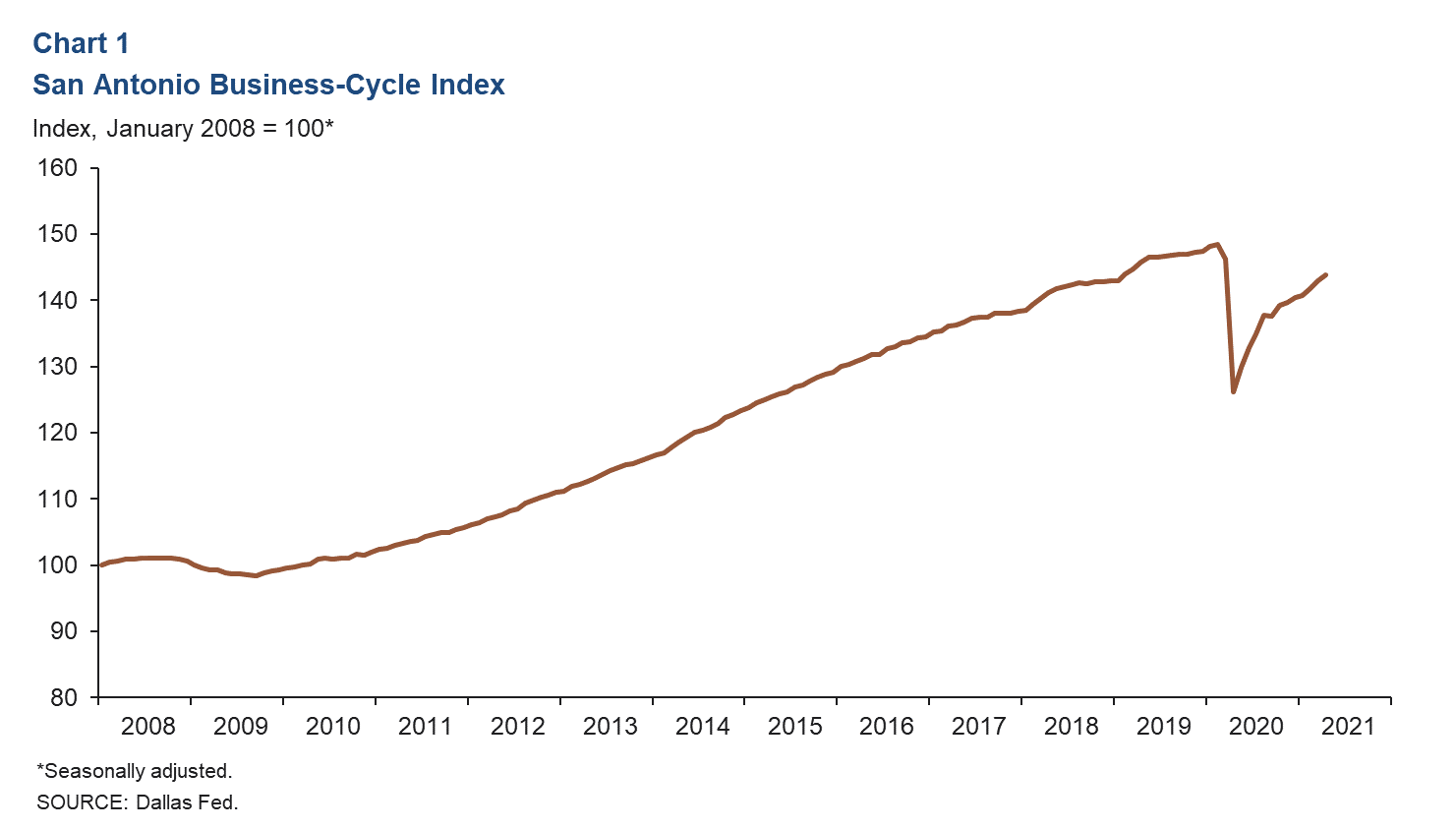 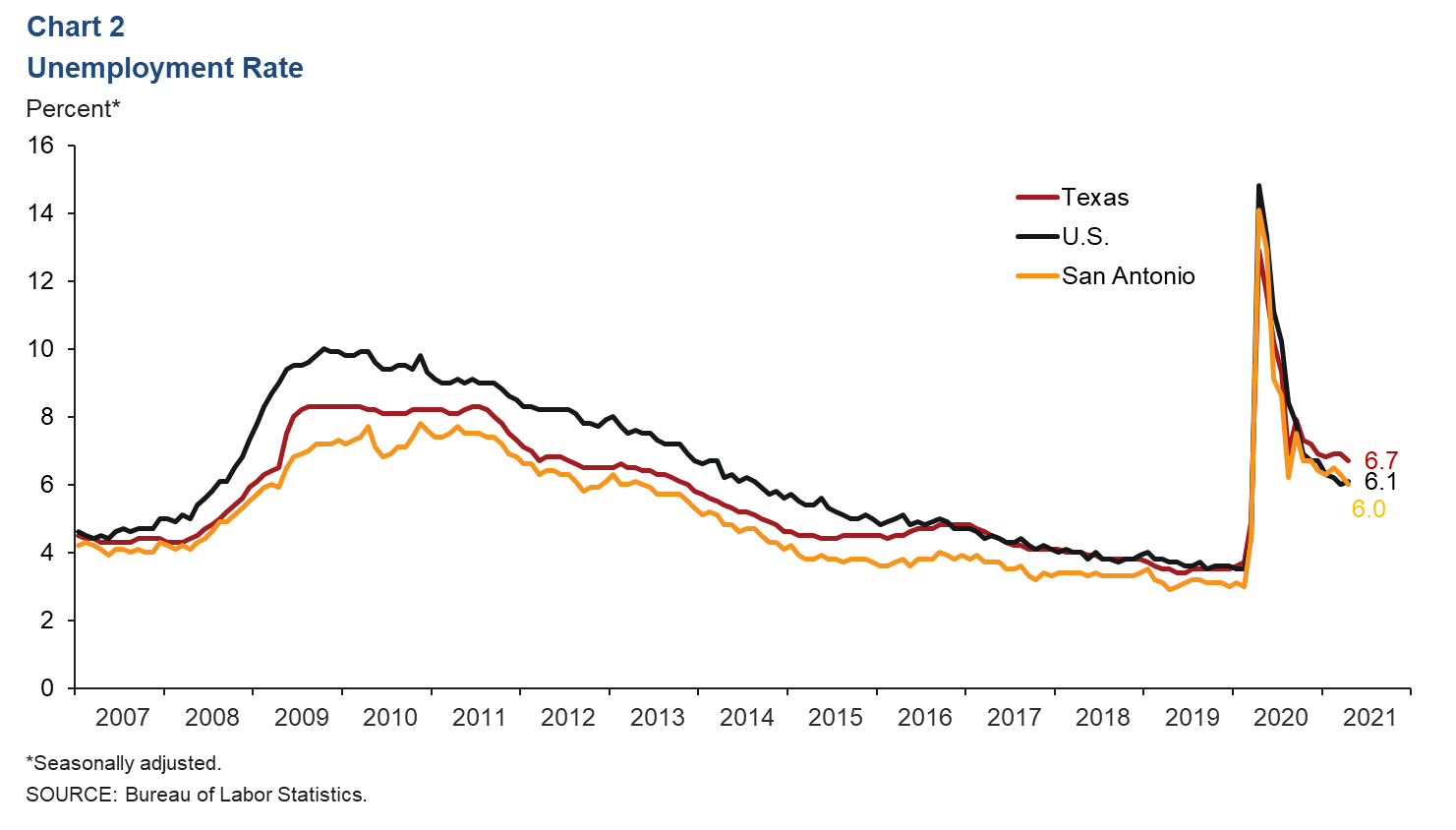 Since early February 2021, consumer spending has remained generally above January 2020 levels, except for the brief dip to below prepandemic levels during the week of Winter Storm Uri in mid-February. While spending fell somewhat in the most-recent weeks, as of May 16, it was  up 16.1 percent relative to January 2020 in Bexar County and up 12.1 percent in the state (Chart 4). 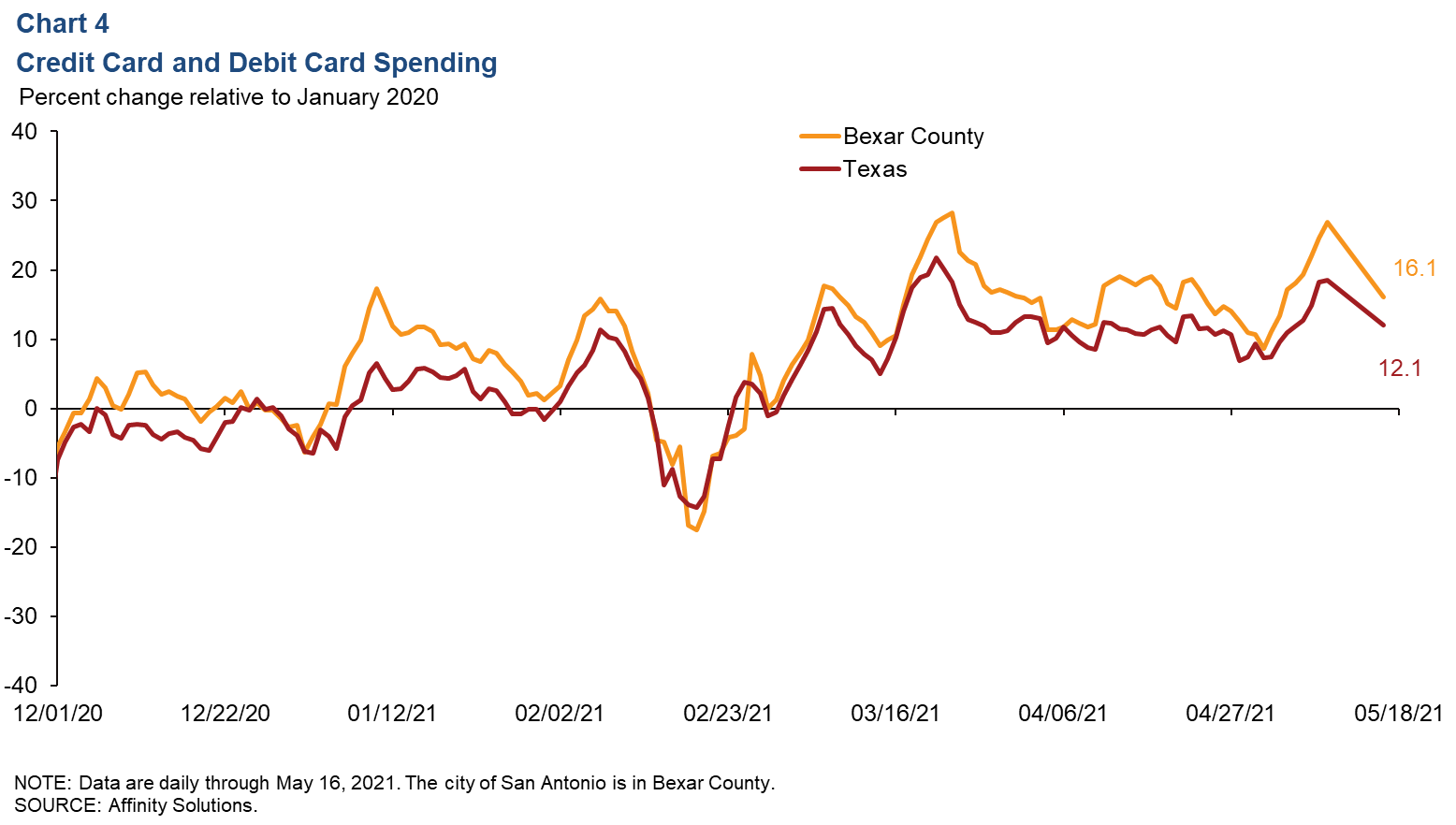 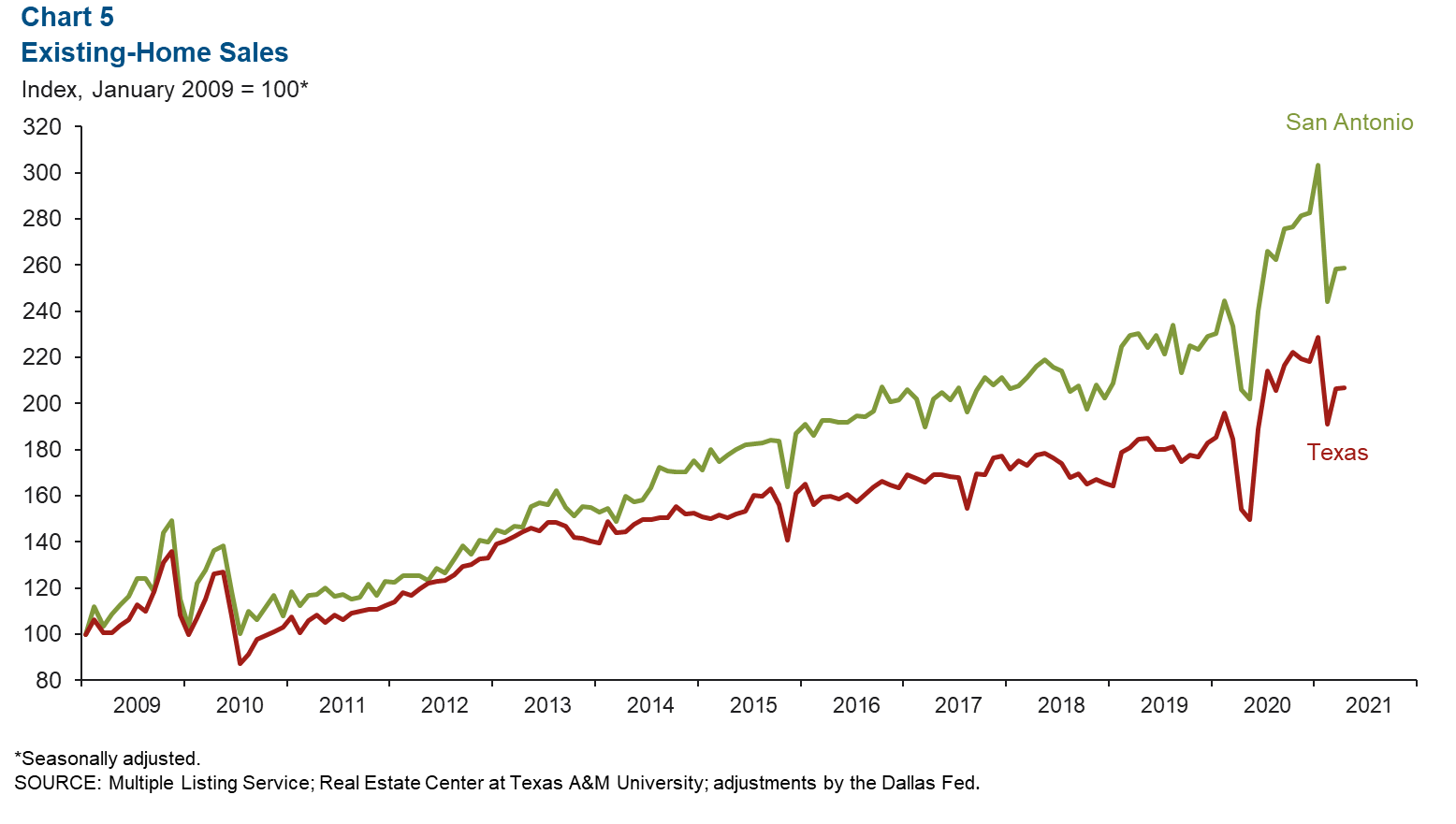 Questions can be addressed to Judy Teng at judy.teng@dal.frb.org. San Antonio Economic Indicators is published every month during the week after state and metro employment data are released.