The El Paso Business-Cycle Index edged up an annualized 0.4 percent in February, below January’s increase of 1.4 percent (Chart 1). Slower gains in the index are likely attributed to the softer labor market. 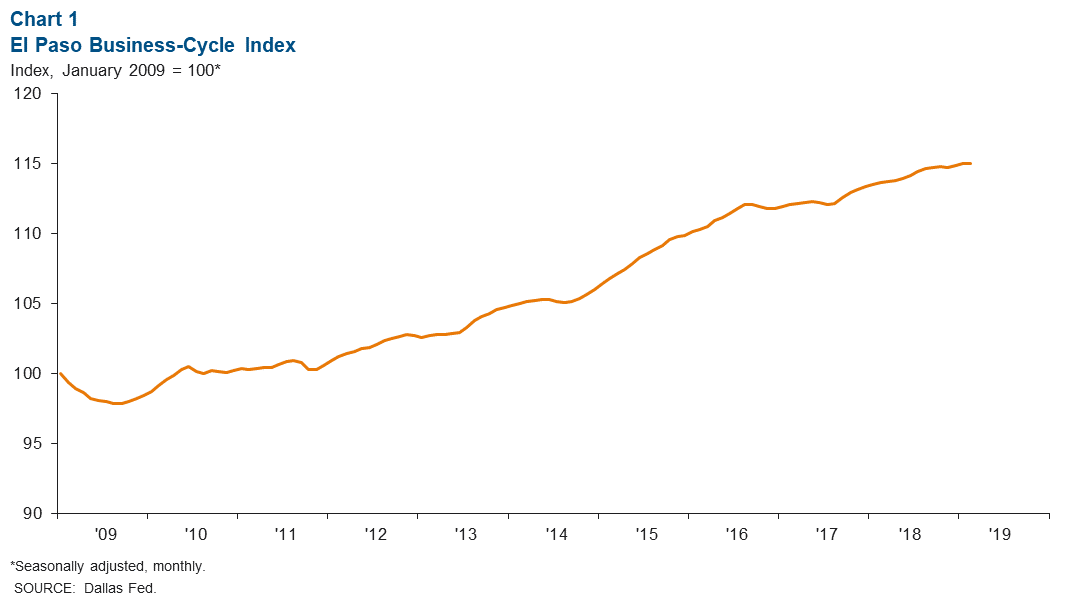 In February, El Paso jobs contracted an annualized 1.8 percent, and job growth was mixed across sectors (Chart 2). However, El Paso’s job gains year to date were positive at an annualized 1.2 percent, slightly below their long-term average of 1.5 percent. Year to date, most major sectors added jobs. Leisure and hospitality, which accounts for one of every 10 jobs, posted the strongest growth—up 7.4 percent year to date. El Paso’s unemployment rate in February was 4.3 percent, above the 3.8 percent figure for both Texas and the U.S. 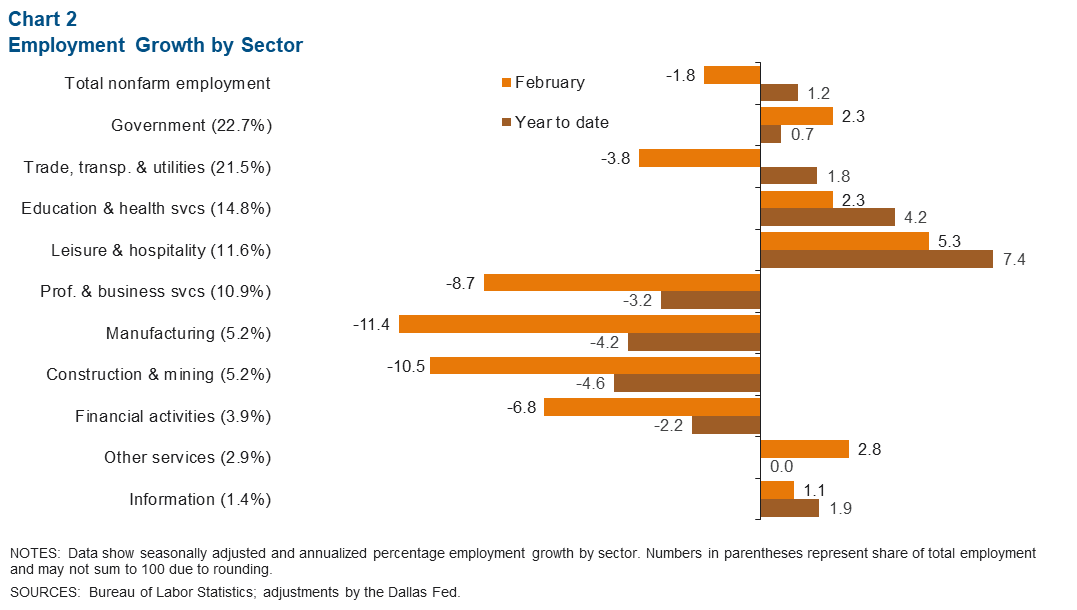 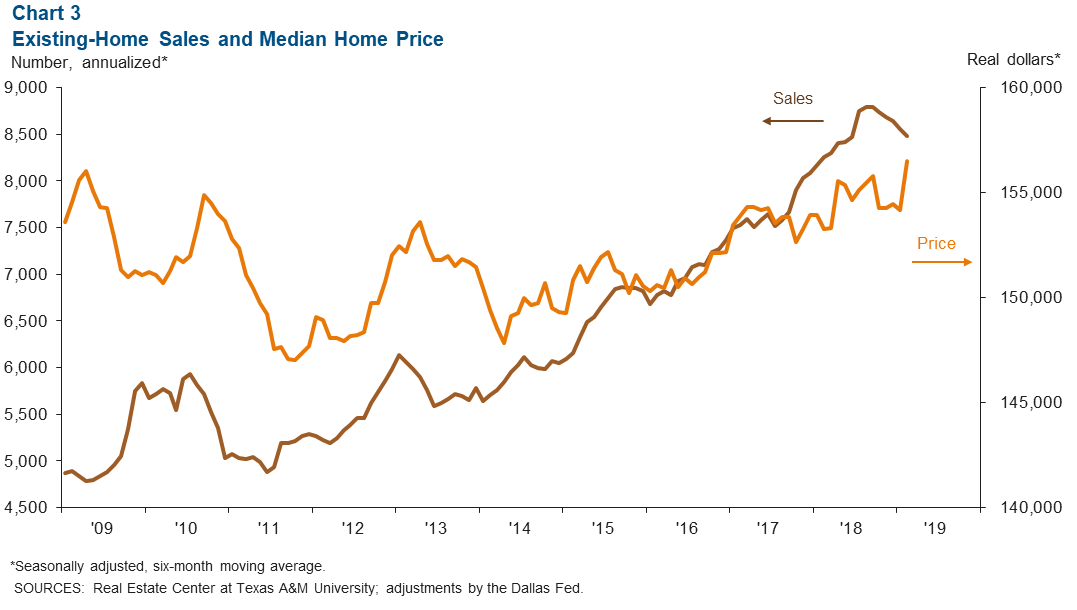 While sales have slowed, inventories remain low. In February, inventories stood at 3.7 months, well below the six months of supply considered to be a balanced market. 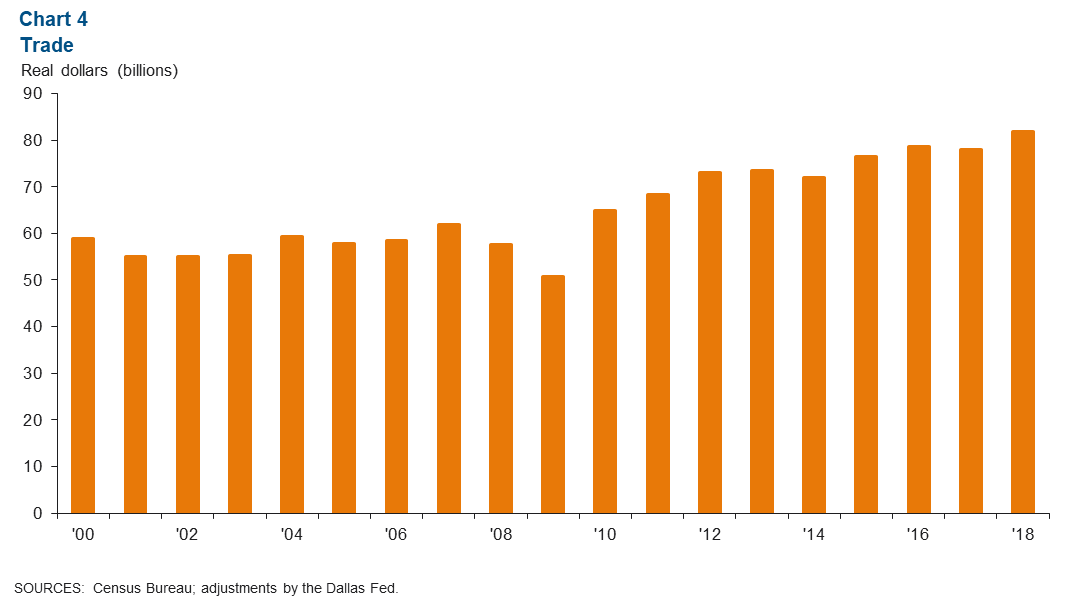 U.S. industrial production rose 3.5 percent year over year in February (Chart 5). The Institute for Supply Management manufacturing index fell from 56.6 in January to 54.2 in February, but the reading remains above 50, which signals expansion. U.S. manufacturing conditions remain solid. U.S. and Mexican production and manufacturing trends are important to the local economy because of cross-border manufacturing relationships. 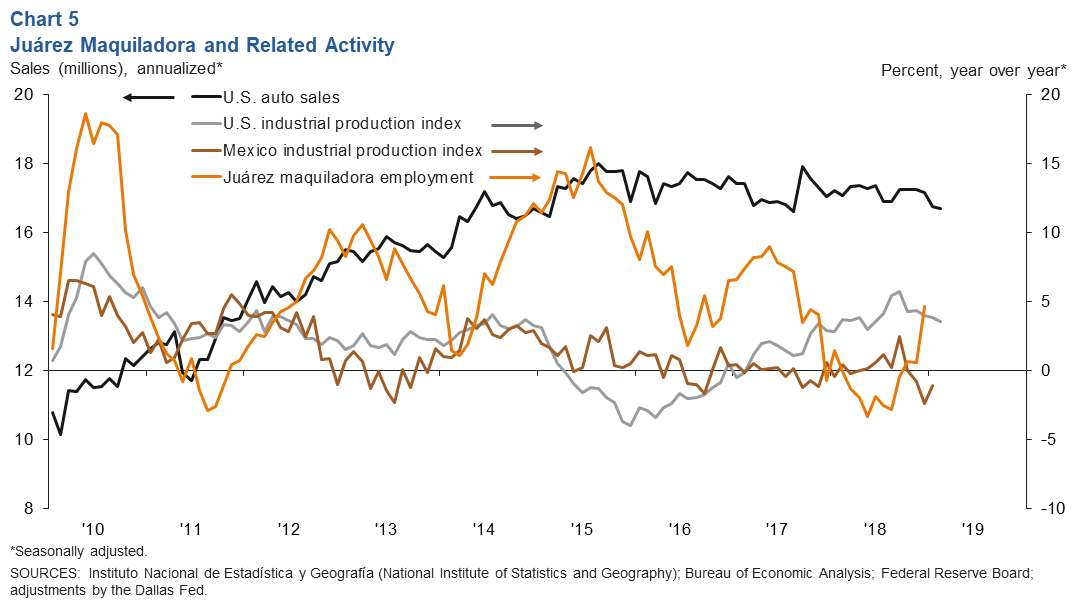 U.S. auto and light-truck production was 10.6 million units in February, below the 11.0 million units produced a year earlier. Meanwhile, monthly auto sales totaled 16.7 million, down from year-ago sales of 17.1 million. Auto sales are closely linked to the local economy because roughly half of maquiladoras in Juárez are auto related.

Questions can be addressed to Marycruz De León at marycruz.deleon@dal.frb.org. El Paso Economic Indicators is released on the fourth Wednesday of every month.