Broad measures of the San Antonio economy remained positive in May, though some indicators suggested a moderation in activity. The San Antonio Business-Cycle Index rose despite an increase in the metro unemployment rate. Annualized net job growth over the three months ending in May remained positive. Wages in San Antonio ticked up, with the metro’s wage growth outpacing both the state and national averages over the past 12 months. Local consumer spending and dining-out activity slowed in June but were above prepandemic levels.

The San Antonio Business-Cycle Index—a broad measure of economic activity in the metro— grew at an annualized rate of 4.6 percent in May, slowing from its 5.8 percent pace in April (Chart 1). 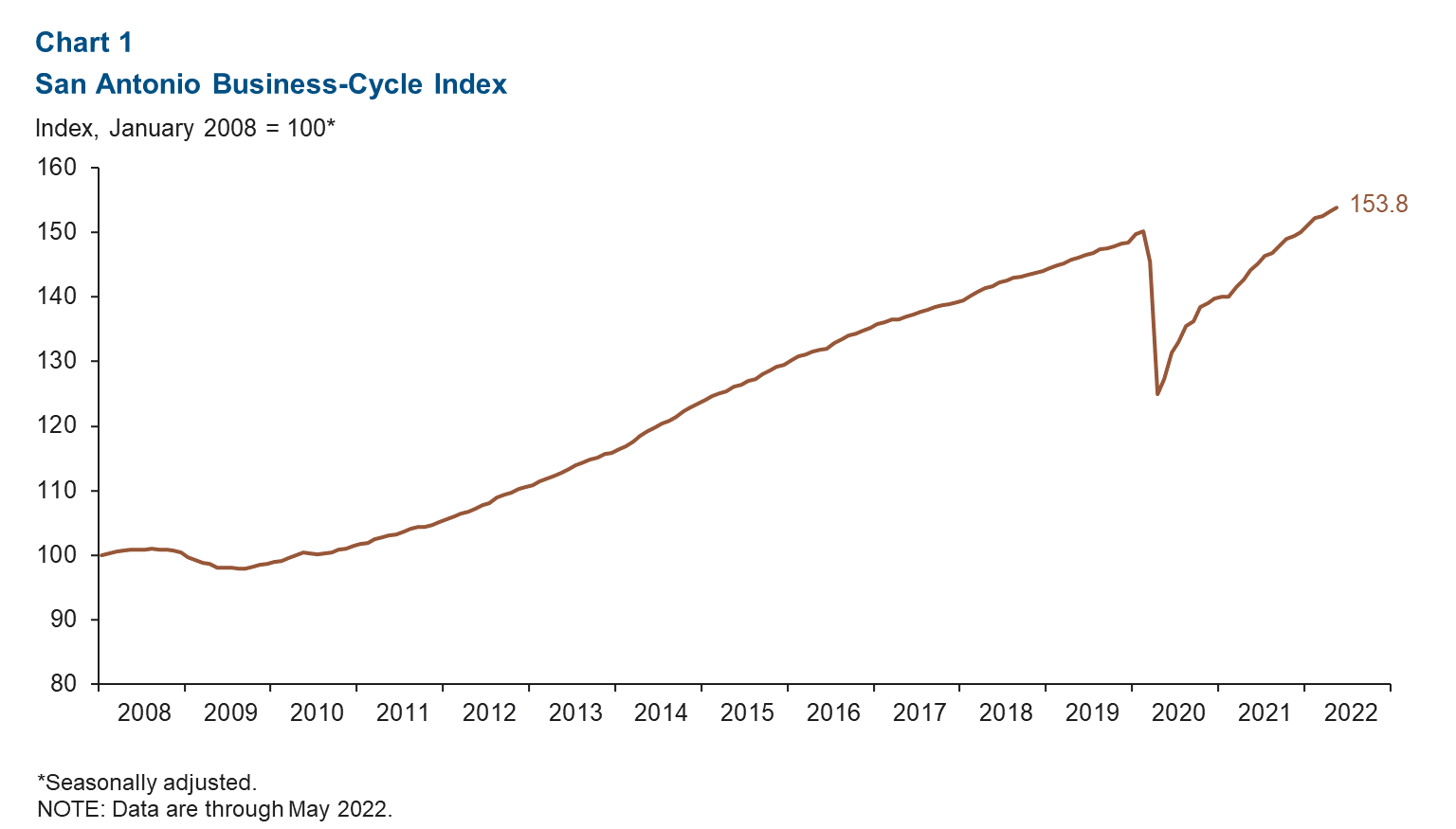 Unemployment Rate Ticks Up in May

The San Antonio unemployment rate increased in May to 4.0 percent (Chart 2). The metro’s unemployment rate is above the U.S. jobless figure of 3.6 percent but below the state rate of 4.2 percent. The regional labor force expanded at a 5.1 percent annualized rate, standing 2.6 percent above its peak in February 2022. 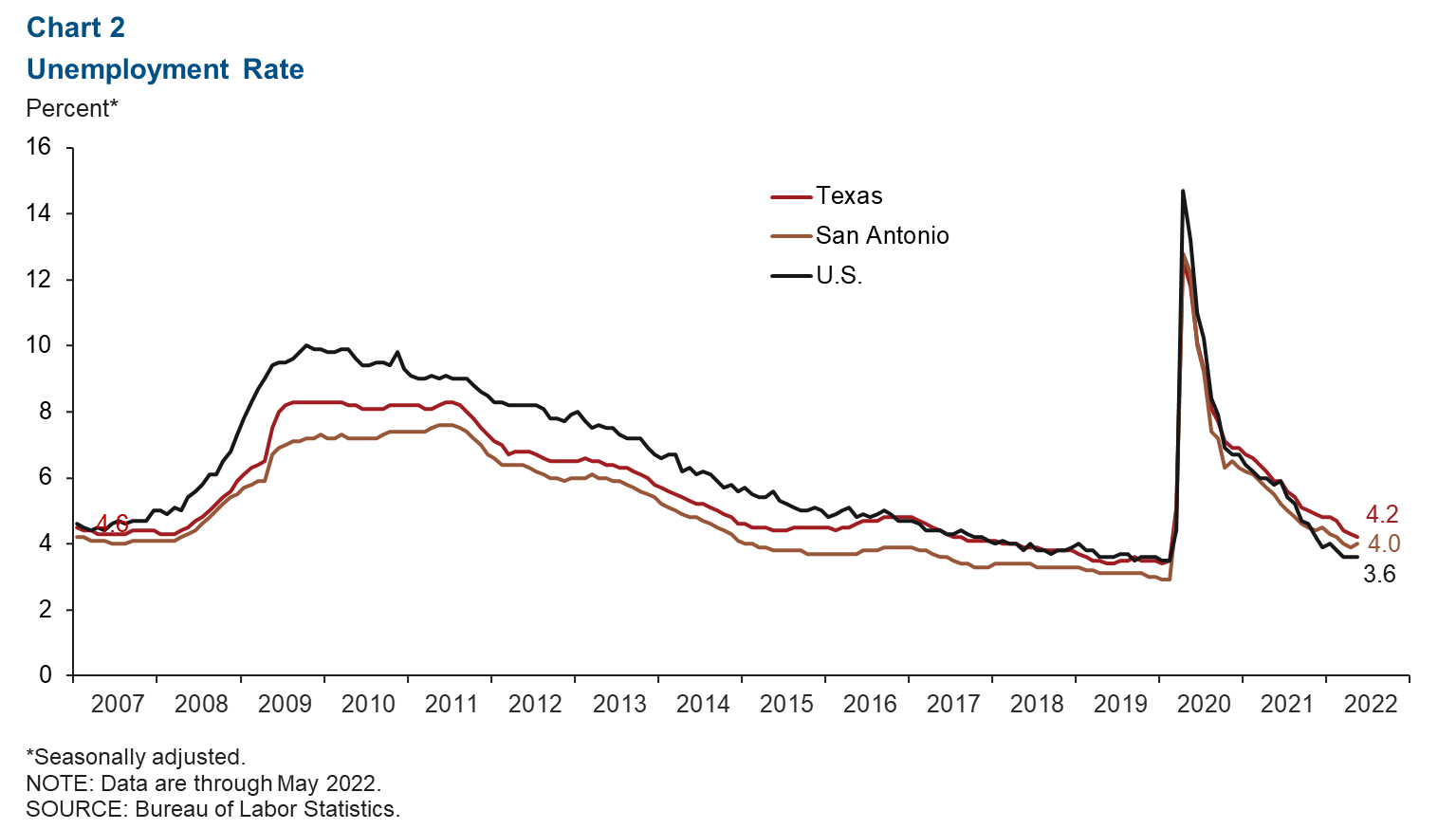 San Antonio payrolls expanded an annualized 2.1 percent (5,800 jobs) over the three months ending in May (Chart 3). Among the major sectors, mining led growth with an increase of 11.3 percent (162 jobs). It was followed by manufacturing, up 10.6 percent (1,340 jobs), and financial activities, up 7.6 percent (1,745 jobs). Sectors that posted declines were construction (-6.8, or 1,035 jobs), trade, transportation and utilities (-1.0 percent, or 499 jobs) and professional and business services (-0.7 percent, or 255 jobs). With the overall increase in May employment, San Antonio has gained approximately 148,700 jobs since the depths of the pandemic in April 2020 and surpassed prepandemic employment. 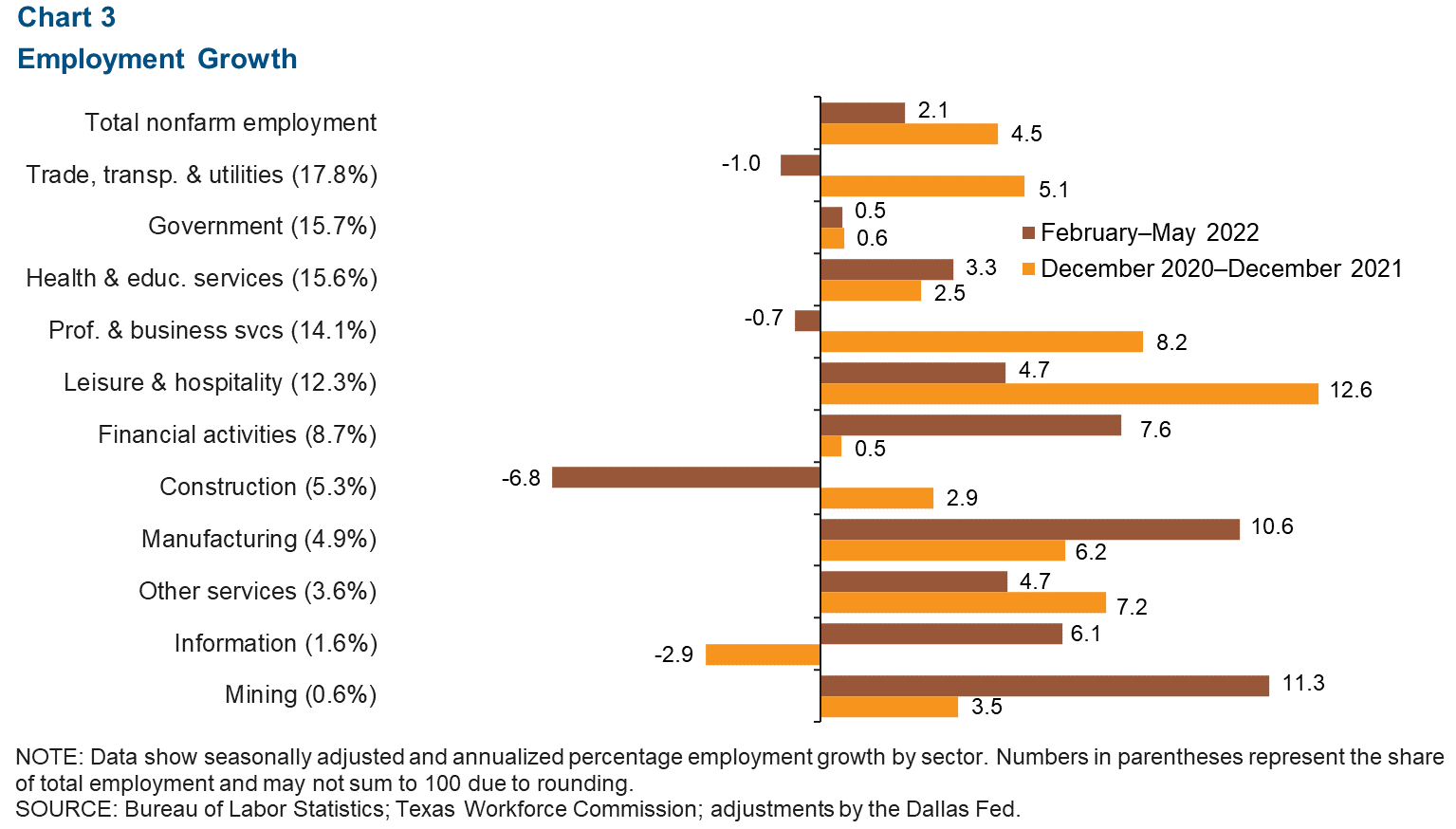 Credit and debit card spending by Bexar County residents eased in early June but remained well above prepandemic levels. As of the week ending June 12, spending was 11.7 percent above January 2020 levels in Bexar County and 15.1 percent higher in the state (Chart 5). 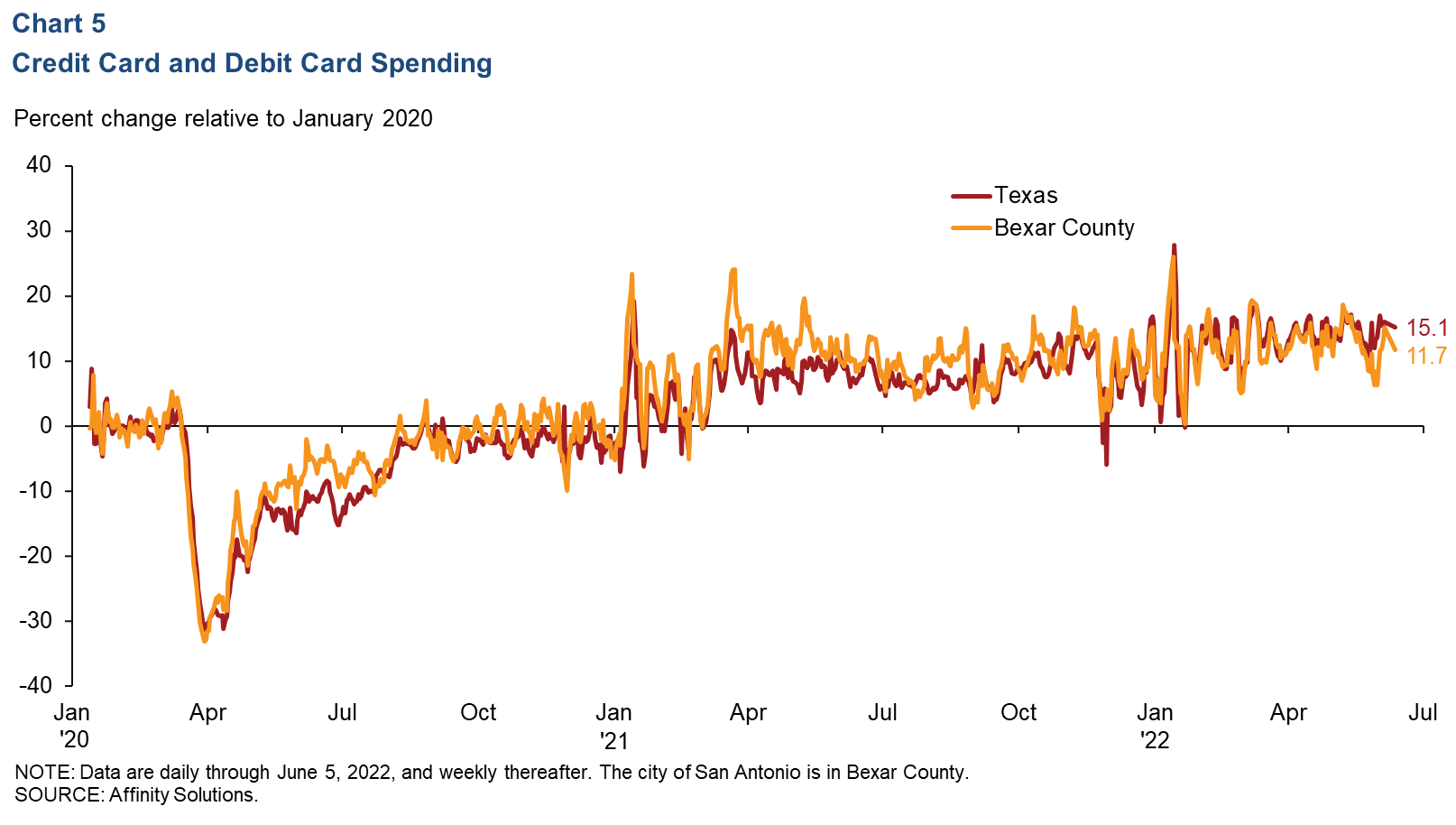 San Antonio dining activity held above 2019 levels at the start of summer and averaged higher than May activity (Chart 6). As of June 21, dining-out activity was 38.7 percent higher than it was in 2019, greater than the 33.6 percent increase for Texas.

Questions can be addressed to Christopher Slijk at Christopher.Slijk@dal.frb.org. San Antonio Economic Indicators is published every month during the week after state and metro employment data are released.