The El Paso Business-Cycle Index, which is based on employment, unemployment, retail sales and wages, posted annualized growth of 0.9 percent in December (Chart 1). 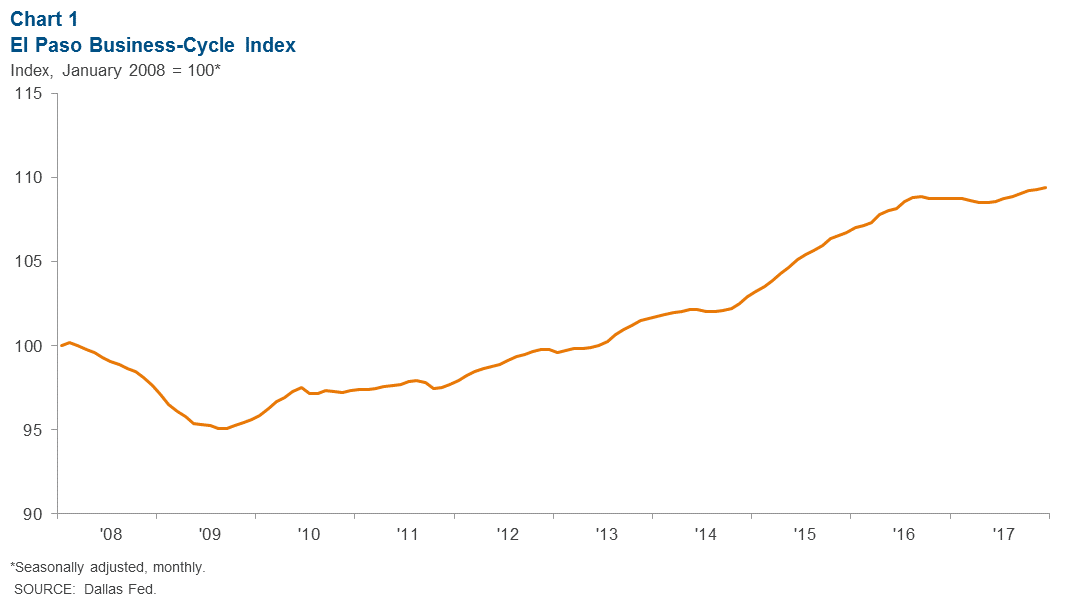 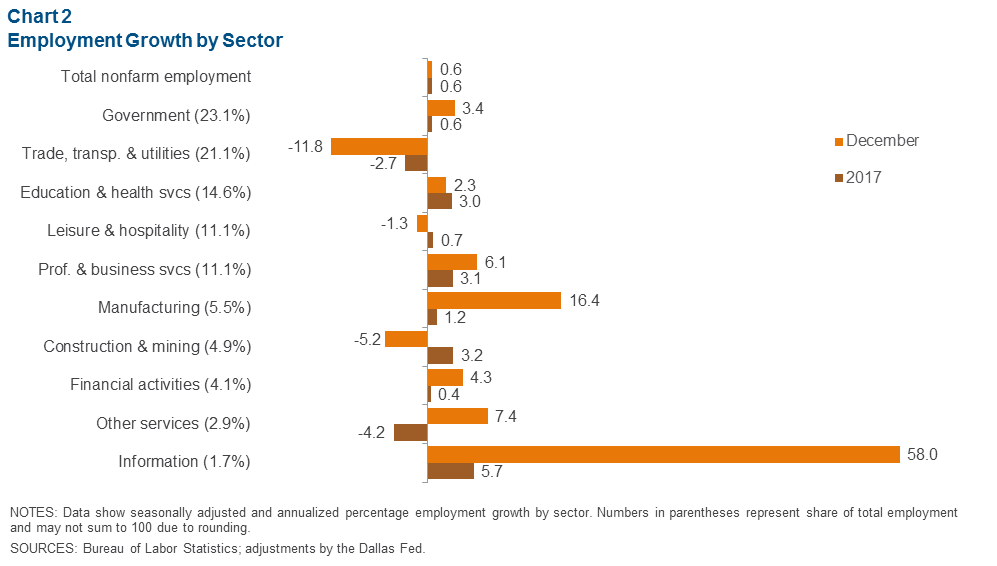 The largest employment gains in 2017 were in education and health services, which added over 1,300 jobs, and in professional and business services, which tacked on 1,000.

In December, the unemployment rate remained at 3.7 percent, unchanged from November and below that of Texas (3.9 percent) and the U.S. (4.1 percent).

Annualized total trade in El Paso rose to $80.4 billion in November, up 3.8 percent from a year earlier (Chart 3). The total was driven by year-over-year growth of 6.4 percent in imports. Imports amounted to an annualized $49.5 billion in November, accounting for over 60 percent of total trade through the port. Meanwhile, exports were $30.9 billion, on par with exports from a year ago. 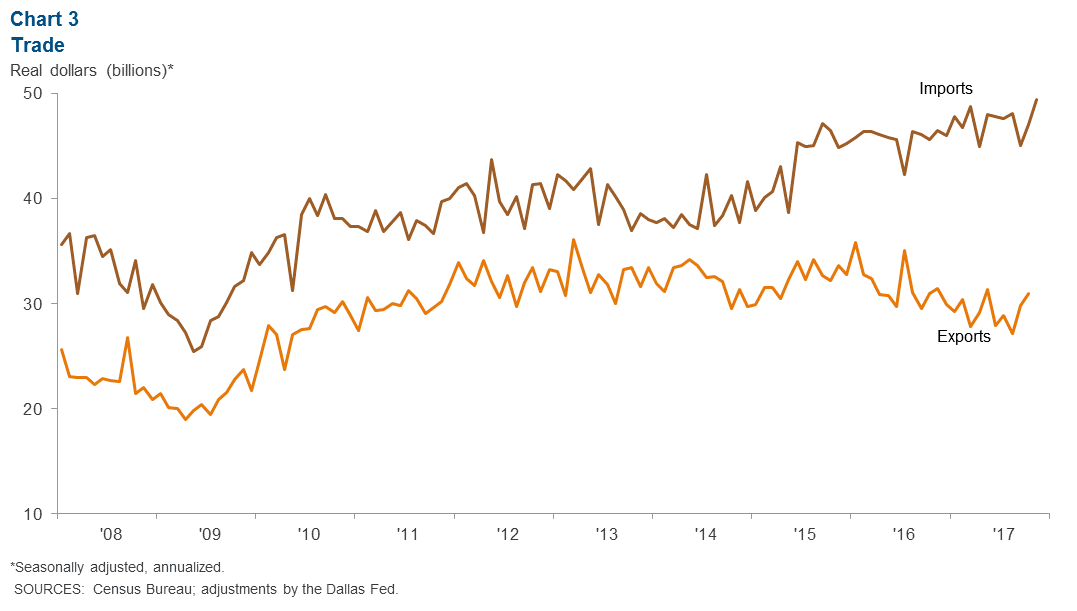 The median home price remained relatively stable at $150,935 in December, up 1.2 percent from a year ago. 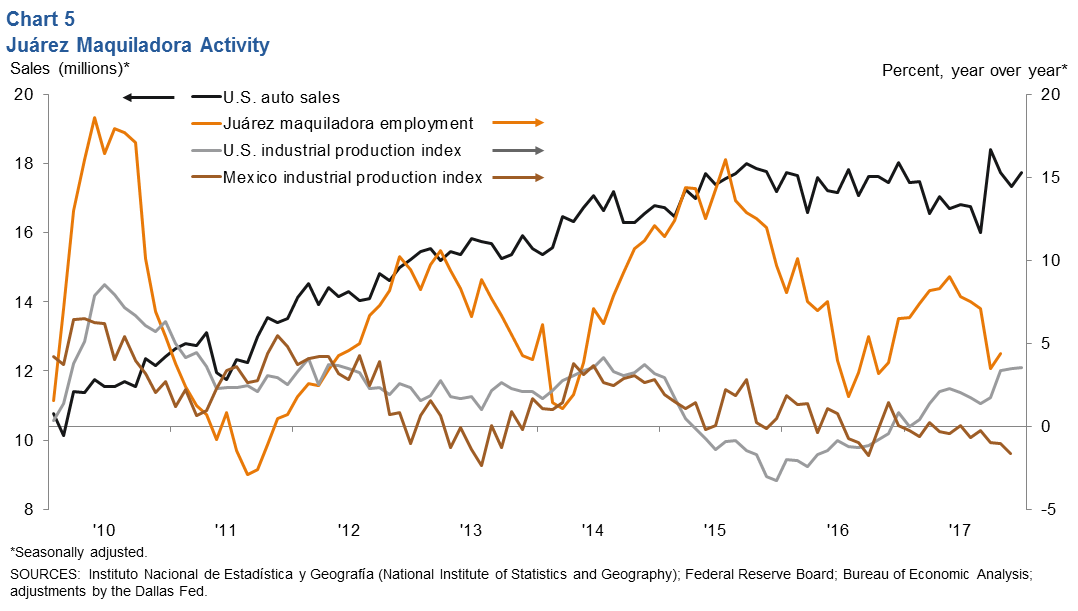 According to Mexico’s IMMEX series, Juárez manufacturing employment totaled over 272,300 in October, up 4.4 percent from a year earlier.

Questions can be addressed to Marycruz De León at marycruz.deleon@dal.frb.org. El Paso Economic Indicators is released on the fourth Wednesday of every month.