The San Antonio economy slowed down in August. The business-cycle index expanded marginally as unemployment and wages stayed steady, and median rent increased. However, COVID-19 hospitalizations and employment declined.

The San Antonio Business-Cycle Index —a broad measure of economic activity in the metro—grew at an annualized rate of 1.6 percent in August, slower than the 7.8 percent growth in July (Chart 1). 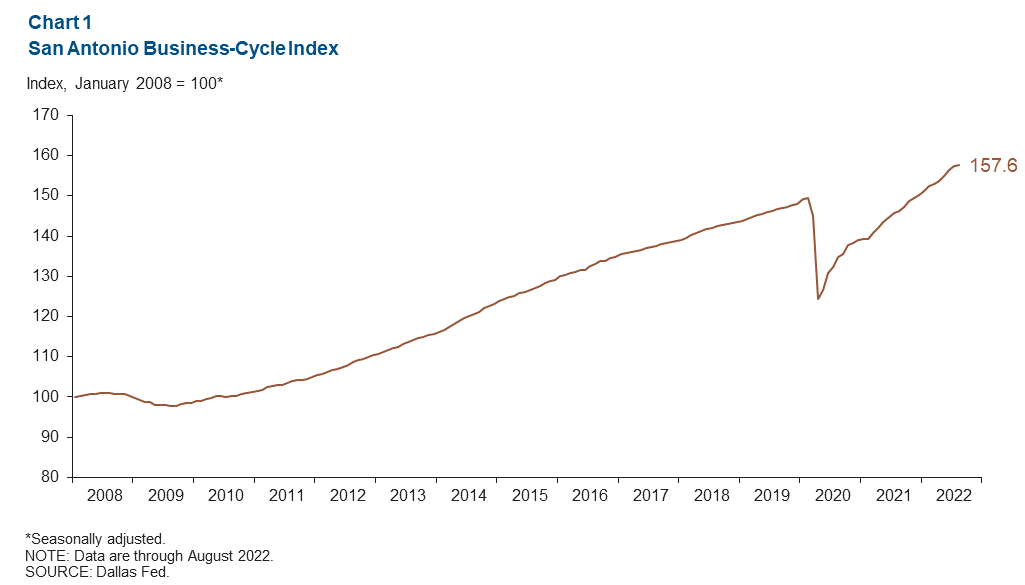 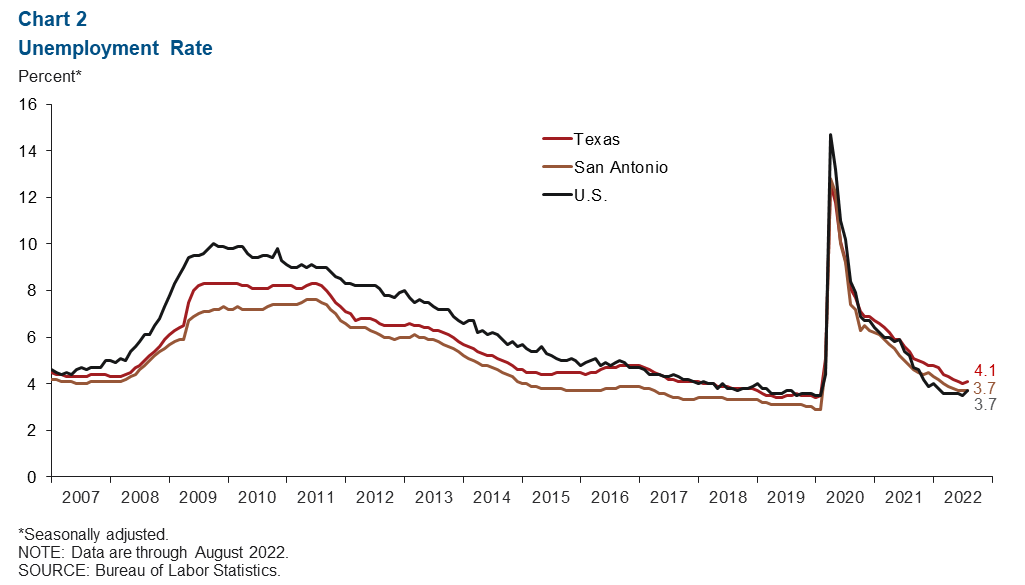 San Antonio payrolls contracted 1.4 percent from July to August (1,293 jobs) (Chart 3). Among the major sectors, financial activities grew the most at 12.7 percent (982 jobs). On the other hand, construction had the greatest decline at 14.2 percent (761 jobs), followed by the government sector at 11.6 percent (1,792 jobs). Since the depths of the pandemic in April 2020, San Antonio has gained approximately 170,096 jobs, and numbers remain above prepandemic employment. 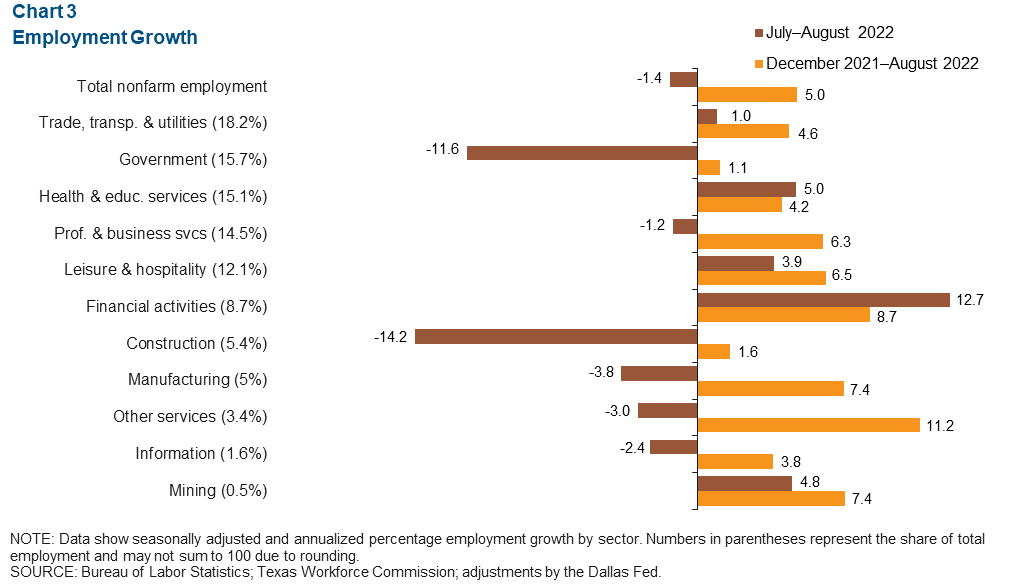 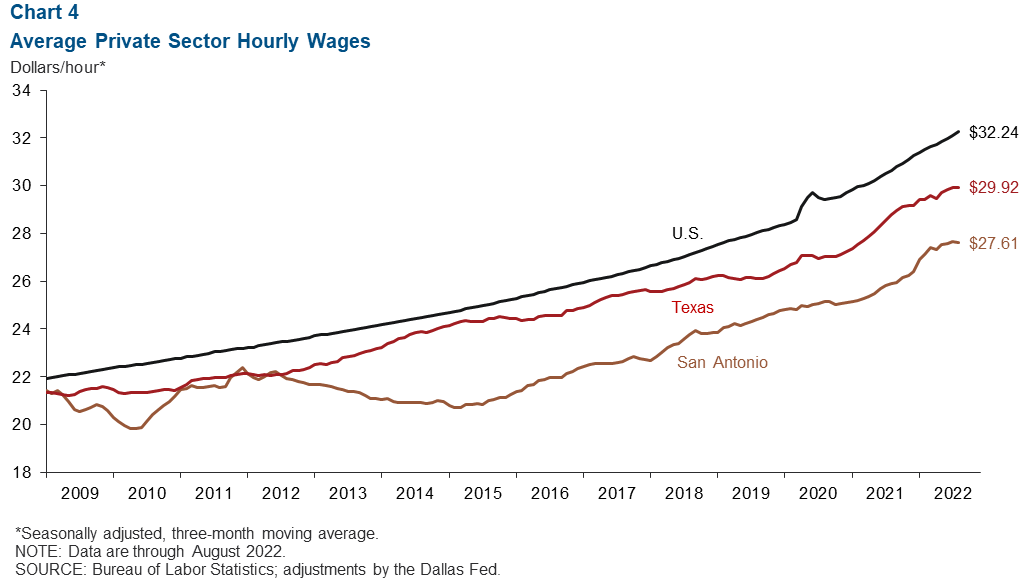 In the week ending Sept. 18, the seven-week moving average of hospitalizations in San Antonio declined 8 percent (Chart 5). This continues a trend of declining hospitalization rates, with the numbers falling 27 percent from mid-August to mid-September. 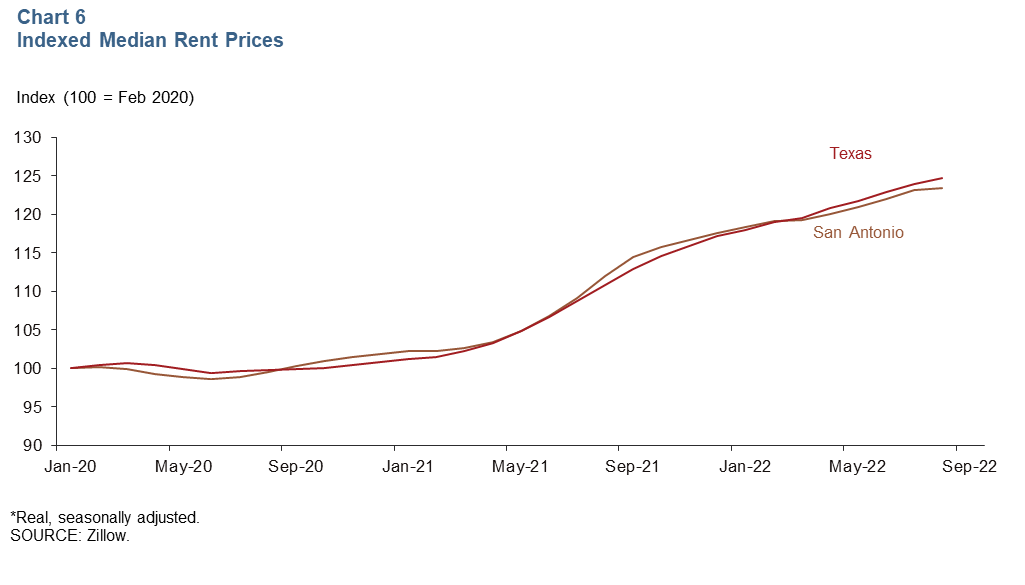 Questions can be addressed to Vee Kalkunte at Prithvi.Kalkunte@dal.frb.org. San Antonio Economic Indicators is published every month during the week after state and metro employment data are released.