The federal Coronavirus Aid, Relief, and Economic Security (CARES) Act, approved in late March, is a $2 trillion economic relief package that includes assistance to individuals and businesses as well as a mortgage forbearance program. The provisions are designed to offset the impact of the temporary shutdown of local economies around the country.

In the absence of this stimulus package, one would expect job losses to cause many households to fall behind on their monthly mortgage obligations, increasing mortgage delinquencies, defaults and foreclosures, much like during the last recession.

Household survey data and recent unemployment forecasts provide a basis for estimating the share of mortgage borrowers that—absent the CARES Act—would have missed a mortgage payment due to the economic shutdown. This share provides a benchmark for judging the effectiveness of the policy response.

The share of mortgage borrowers in the labor force before the shutdown is estimated using data from the Panel Study of Income Dynamics (PSID), a nationally representative household survey. Among households with mortgages, 83 percent of the heads of household had jobs or were actively looking for jobs, according to the most recent PSID survey (2017).

The April 10 release of the Blue Chip Economic Indicators showed private sector economists predicting an 11.5 percent unemployment rate in the second quarter of 2020. The average of the 10 highest forecasts was 15.6 percent.

The Blue Chip forecasts, however, were collected April 1–2, before the April 4 release of initial jobless claims. Since then, major investment banks have revised up their unemployment rate forecasts. As initial jobless claims continue to surge, the average of the 10 highest Blue Chip forecasts likely better reflects the current outlook and is, therefore, the baseline in this analysis.

The likelihood of a mortgage being 30 or more days past due conditional on the borrower being unemployed is calibrated using PSID data (Chart 1). This rate was 26 percent in 2009, 25 percent in 2011 and 21 percent in 2013—an average of 24 percent—much higher than the unconditional delinquency rate. In the current environment, the relationship between mortgage delinquency and unemployment may be less pronounced because homeowners generally have more home equity than a decade ago. 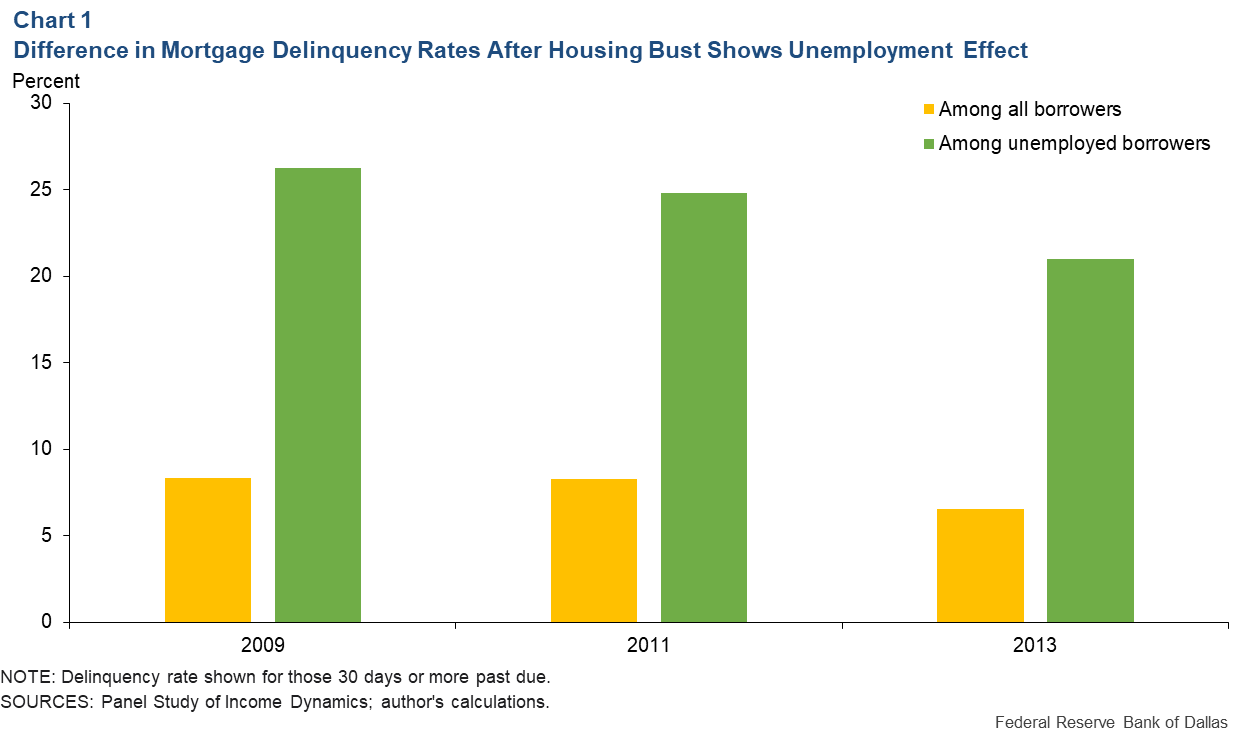 There are more than 44 million households with at least one mortgage, and the median monthly mortgage payment is $1,100, according to the latest American Housing Survey, conducted in 2017. Using the 6.2 percent estimated delinquency rate implies a total of $3 billion of delinquent mortgage payments each month during the second quarter of 2020 absent the CARES Act, with a plausible range from $2.6 billion to $3.5 billion.

Borrowers Most Exposed to Job Losses

The effect of the economic shutdown varies substantially across businesses. A recent research paper by Jonathan I. Dingel and Brent Neiman at the University of Chicago classifies jobs based on the extent to which they can be performed at home. The authors conclude that the five industries most exposed to job losses are accommodation and food services, retail trade, construction, transportation and warehousing, and agriculture, forestry, fishing and hunting.

Four provisions in the CARES Act may directly help mitigate mortgage delinquencies due to job losses. The first is a lump-sum cash payment to many households subject to a phase-out schedule. Single filers earning less than $99,000 and married couples without children earning less than $198,000, for example, qualify for payments. Using these income thresholds, the latest PSID data suggest that at least 85 percent of mortgage borrowers will be recipients.

Second, the duration of unemployment insurance is extended to 39 weeks (from the 26 weeks typical in most states), and the benefits increase by $600 per week for eligible workers. Moreover, the legislation expanded eligibility so that self-employed workers and contractors, who are typically ineligible for unemployment insurance, can apply. In the PSID data, they account for about 10 percent of mortgage borrowers.

Finally, the U.S. Small Business Administration offers a Paycheck Protection Program that provides forgivable loans to small businesses under the condition that the loans be used to retain employees on the payroll for eight weeks. These loans may also be used for paying mortgage interest.

Zhou is a senior economist in the Research Department of the Federal Reserve Bank of Dallas. 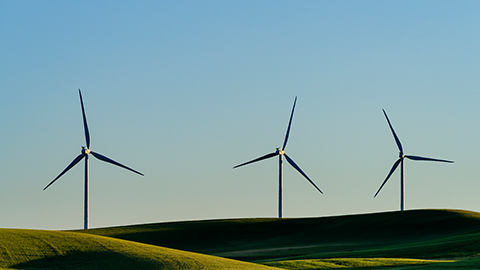 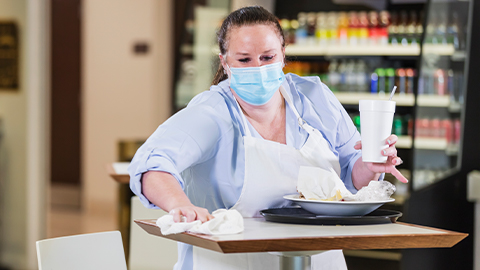 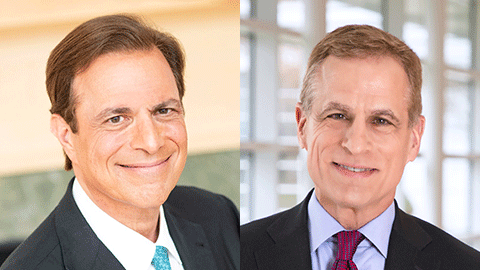 Global Perspectives: Michael Beschloss on Becoming a Writer, the Challenges of the Presidency and National Division