Treasury Auctions During the Pandemic: Stresses but Few Surprises

The federal government undertook a $2.4 trillion spending and relief program in 2020 in response to the COVID-19 outbreak and accompanying economic dislocation. To help cover the costs, the government sold a variety of Treasuries at auction.

The amount of new-issue two-, five-, 10- and 30-year maturities sold at auction has increased 40 to 50 percent since the pandemic began in February 2020 (Chart 1). Given the amount of new Treasury issuance, the degree of market participation in Treasury auctions is of particular interest. 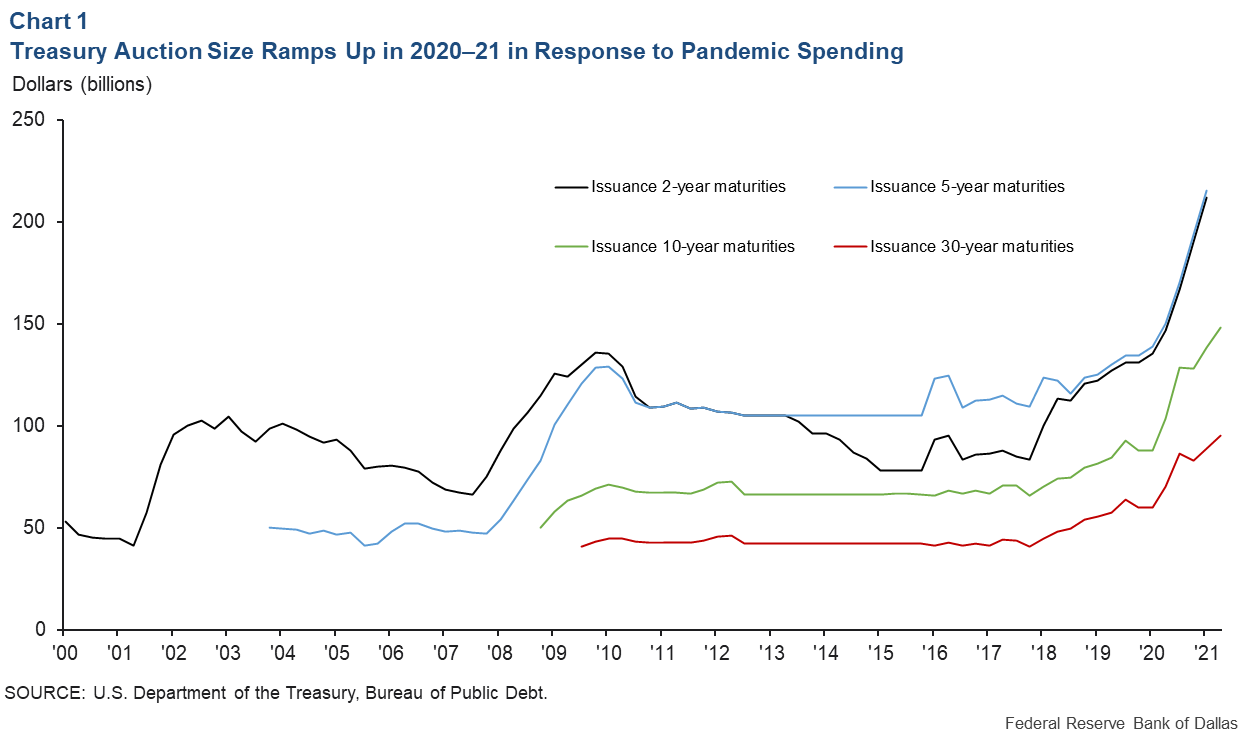 We present new work on an indicator designed to measure the success of 10-year Treasury note auctions to discern whether the outcomes of these sales are surprising in light of prevailing financial conditions.

Traders of Treasuries gauge an auction’s success by looking at a few key metrics, such as the bid–to–cover ratio and the auction “tail.”

The auction’s tail is computed from the “when issued” yield. Between the announcement of an upcoming auction and the actual issuance of securities afterward, market participants can trade the security on a forward basis—in anticipation of the bonds being available—with trades settling when the Treasury finally issues the note.

The yield (or expected interest payment relative to the bond’s price) on a Treasury determined in this forward trading is referred to as a when-issued yield. The tail is the highest yield accepted at auction less the security’s when-issued yield immediately before the auction’s conclusion.

A large positive tail indicates that the auction did not go well because the yield realized in the auction exceeded market expectations, indicating weaker-than-expected demand. The tail is a measure of unanticipated shifts in demand for a Treasury issue prior to auction.

However, the tail is an imperfect measure. Events in the last hours preceding an auction that may affect its success are not present in the tail. Thus, the tail only measures the deviation between auction results and what traders expected immediately before the auction occurred.

We compute an alternative metric, a “synthetic tail.” It is composed of the high yield at auction minus the 10-year note yield at the close the day before. The synthetic tail provides a measure of auction performance relative to expectations the previous day.

The U.S. Treasury publishes detailed results for each auction. They contain data that could influence the expectations of traders. We use this data to construct empirical models of the synthetic tail and bid–to–cover ratio for 10-year Treasury note auctions.

Besides the U.S. Treasury data, the model includes past values of the BBB spread (the difference in interest yield between low-investment-grade corporate debt and Treasuries), the VIX stock market volatility index, the yield-curve slope (defined as the 10-year Treasury yield minus the 3-month Treasury bill yield). A final element is the 30-year Treasury swaps spread (the difference between fixed-rate interest payments in lieu of interest rate payments that will vary with the market over a 30-year period)—higher spreads indicate greater perceived levels of risk.

The models are used to form estimates of the bid–to–cover ratio and the synthetic tail. Deviations of reported values from these model-generated estimates indicate the success of a Treasury 10-year note auction and form the basis of a “surprise indicator.”

To test its performance, we computed the indicator beginning in January 2016 and compared its behavior to known events in the auctions. The indicator exhibited extremely weak values, or negative “surprises,” for three 10-year Treasury auctions (Chart 2). The surprise indicator for the 10-year Treasury auction ended 2020 more than one standard deviation below the neutral reading of zero, suggesting weak auction demand, but it has rebounded in 2021. 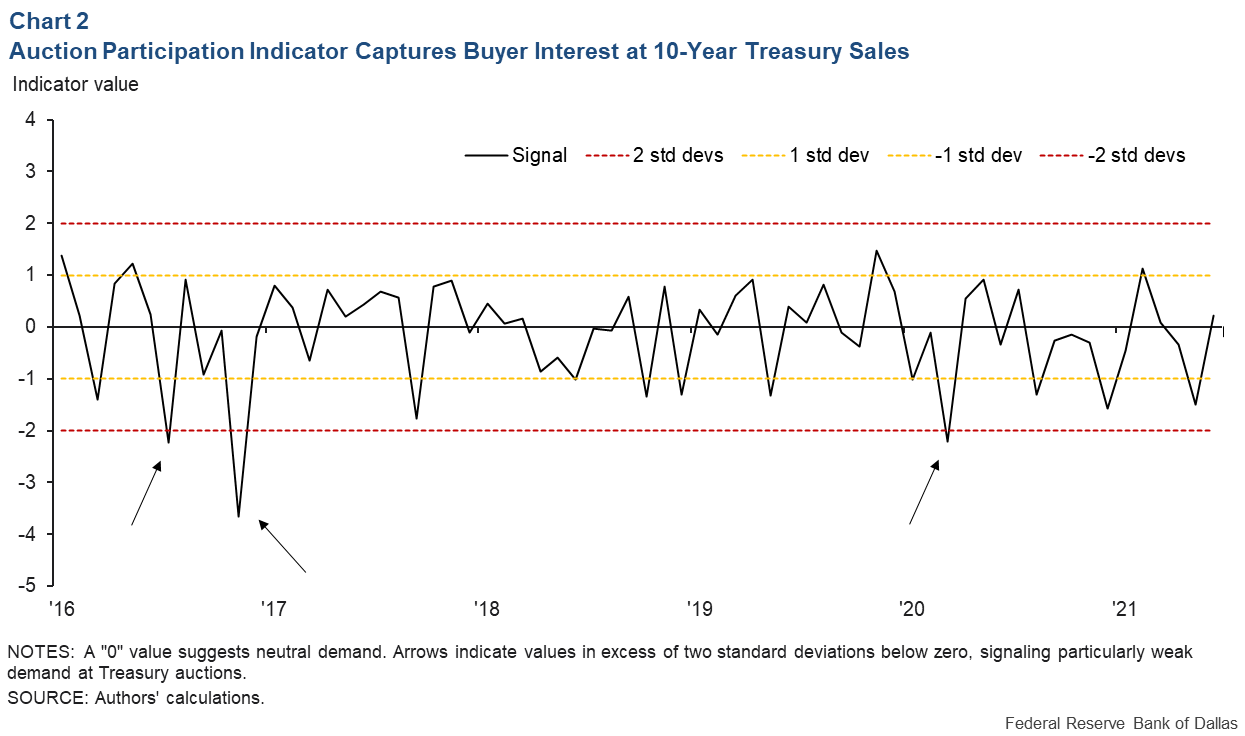 Newspaper reports describe what was happening when those three “surprising” auctions occurred. The Wall Street Journal said in its report on the July 12, 2016, auction:

The second surprise occurred Nov. 9, 2016, the day after the 2016 presidential election. At the time, market participants were beginning to weigh the effects of the election on Treasury borrowing. The Wall Street Journal reported the next day:

“A selloff in government bonds picked up more momentum Thursday, spreading across the world as investors reacted to the prospect of increased U.S. fiscal stimulus under [the new administration]. Investors are now asking whether Mr. Trump’s victory marks a turning point for fixed-income markets that have been on a lengthy bull run.”

During the third instance—the March 11, 2020, auction—markets were coming to grips with the effects of the COVID-19 pandemic. It occurred in the midst of a 23-day period in which the S&P 500 Index declined by about 30 percent peak to trough. The day after the 10-year auction, March 12, the New York Times ran an article headlined “Something Weird Is Happening on Wall Street, and Not Just the Stock Sell-Off.” It said:

“It has been an unsettling week on global financial markets. … On a day when major economic disruptions resulting from the coronavirus pandemic appeared to become likelier—which might be expected to make typical market safe havens more popular—many of them fell instead Wednesday.

“And there were reports from trading desks that many assets that are normally liquid … were freezing up. … This was true of the bonds issued by municipalities and major corporations but, more curiously, also of Treasury bonds, normally the bedrock of the global financial system.”

The Treasury auction surprise indicator suggests that, despite a sharply negative reading in March 2020, Treasury auction outcomes have normalized. Results have not been surprising given other financial conditions despite the increased government borrowing in response to the pandemic. 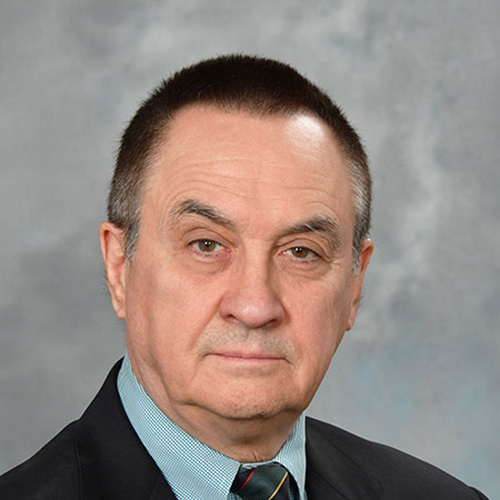 Tindall is a research economist and alternative-investment specialist in the Supervisory Risk and Surveillance division of the Banking Supervision Department at the Federal Reserve Bank of Dallas. 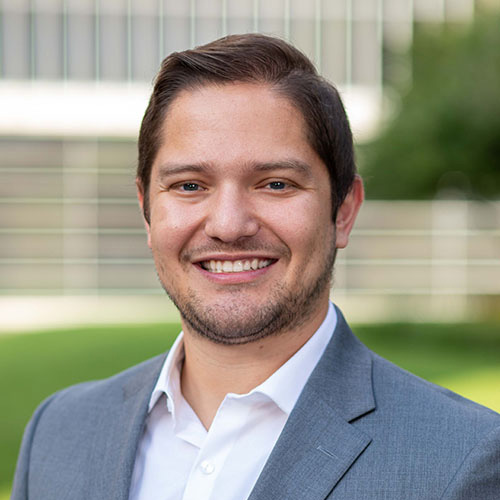 Perez is a financial industry analyst in the Supervisory Risk and Surveillance division of the Banking Supervision Department at the Federal Reserve Bank of Dallas.

Research and analysis of economic trends and developments 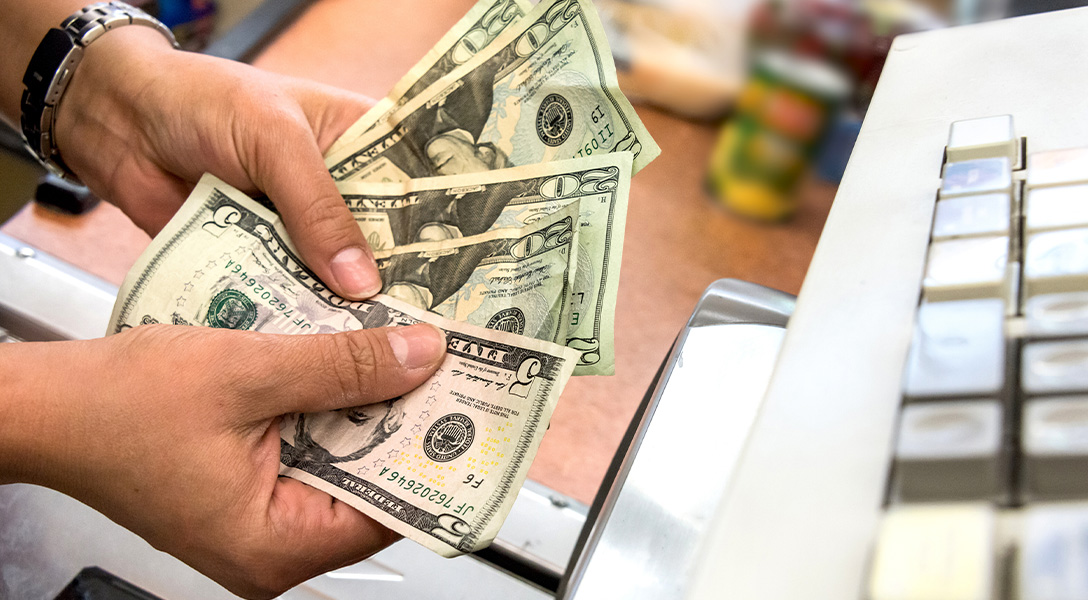 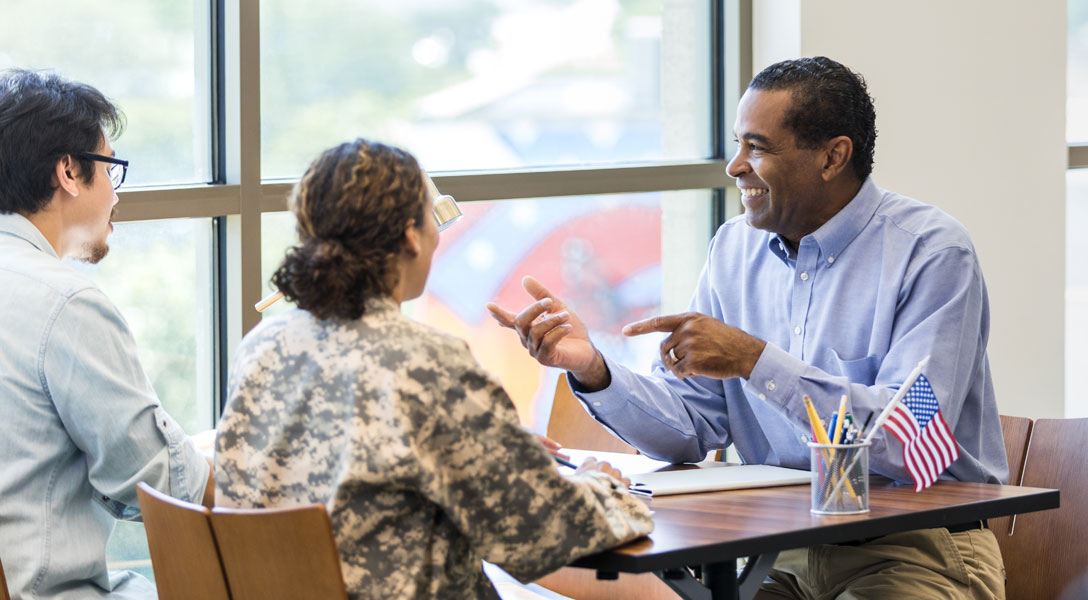 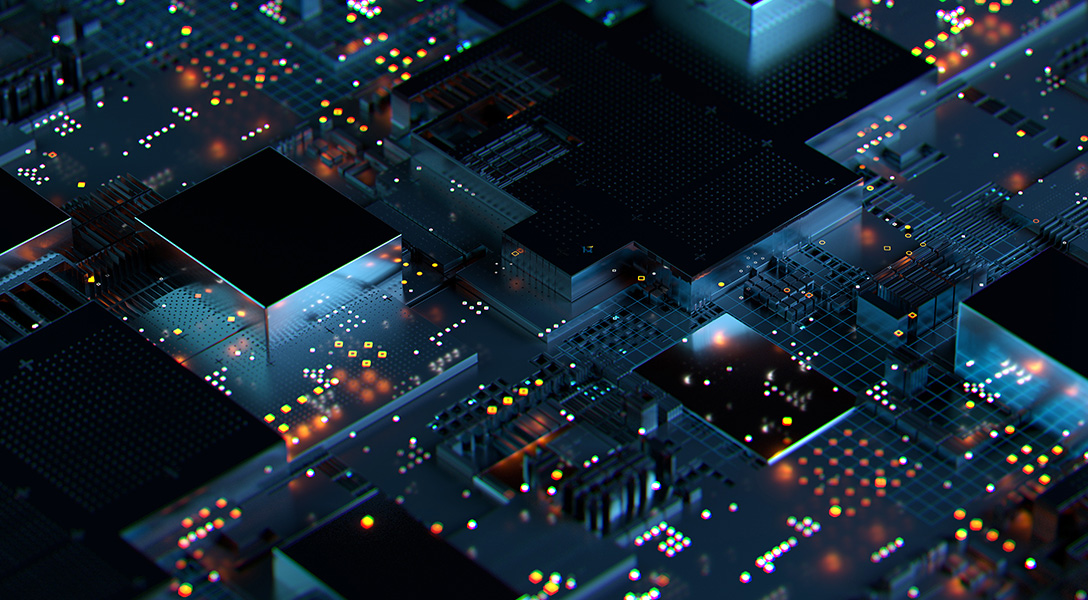 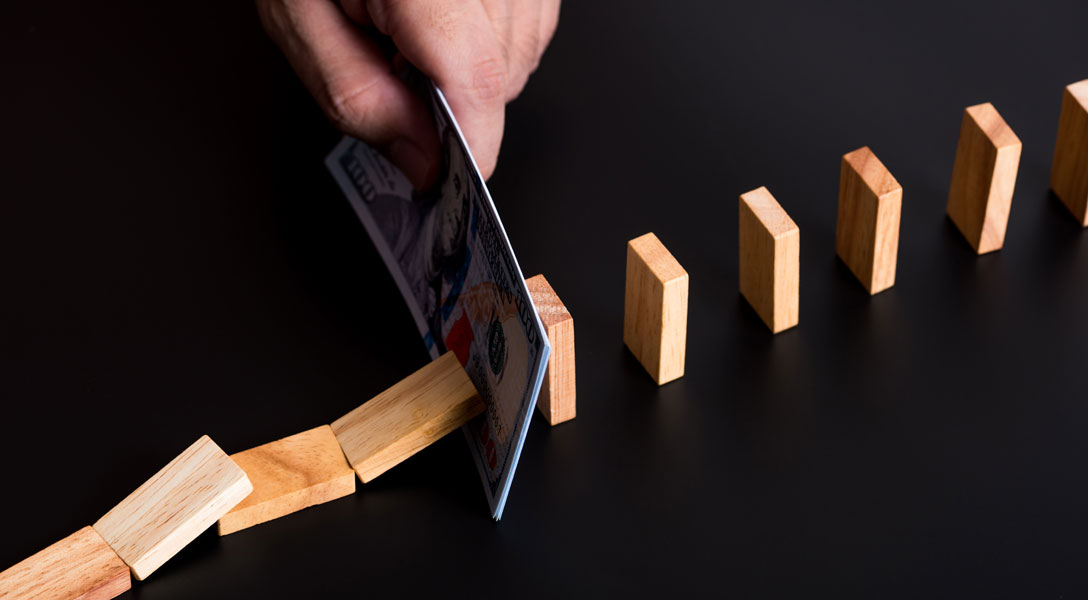