Chart 1 plots year-over-year headline CPI inflation, as well as the one-year inflation expectation and the 5-year, 5-year-forward expectations drawn from data published by the Federal Reserve Bank of Cleveland. 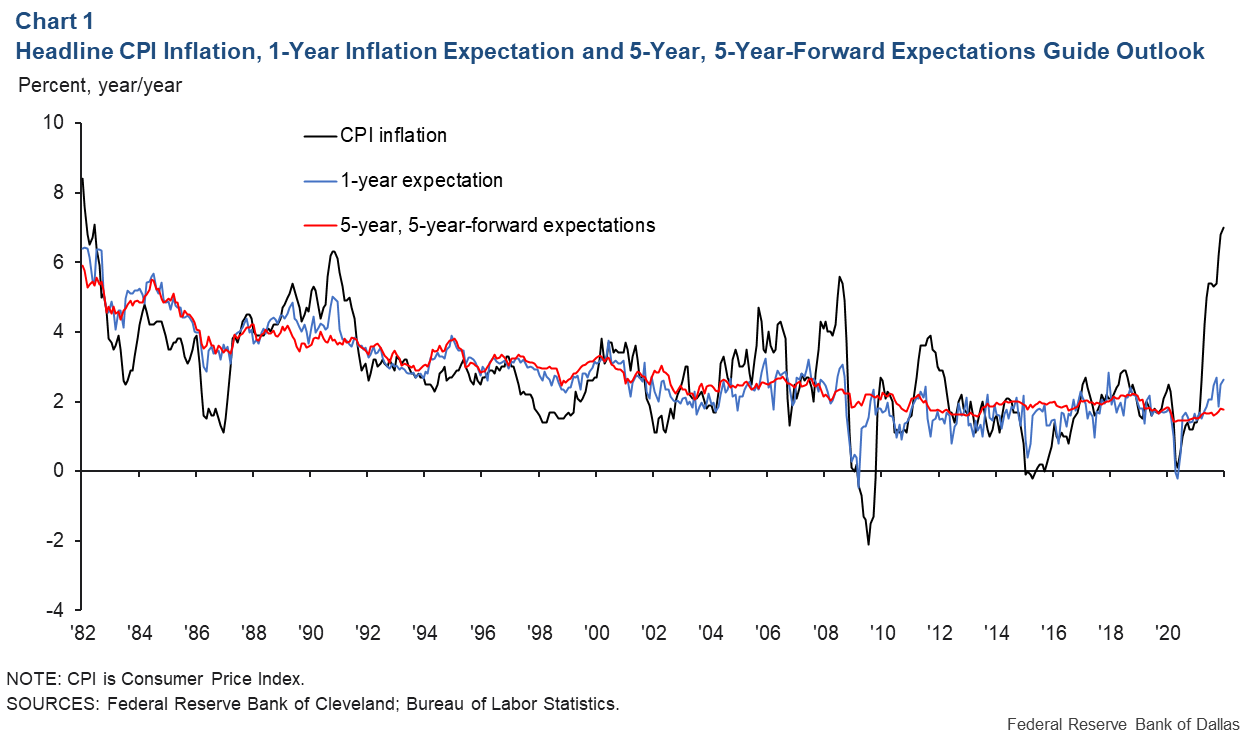 Current observed inflation has increased rapidly over the past year and is at its highest since the beginning of the sample period, in 1982, and the one-year expectation is increasing and has rocketed past the Fed’s 2 percent target in recent months. However, the 5-year, 5-year-forward has remained in a tight range around the 2 percent target since the mid-2000s.

Measuring the Anchoring of Inflation Expectations

Ideally, expectations from last year and this year would be similar. A 5-year, 5-year-forward today would be compared with a 5-year, 6-year-forward last year, since both measure expected inflation over a five-year period starting five years from today.

Current unexpected inflation and the revisions in both short- and long-run inflation expectations are shown in Chart 2. 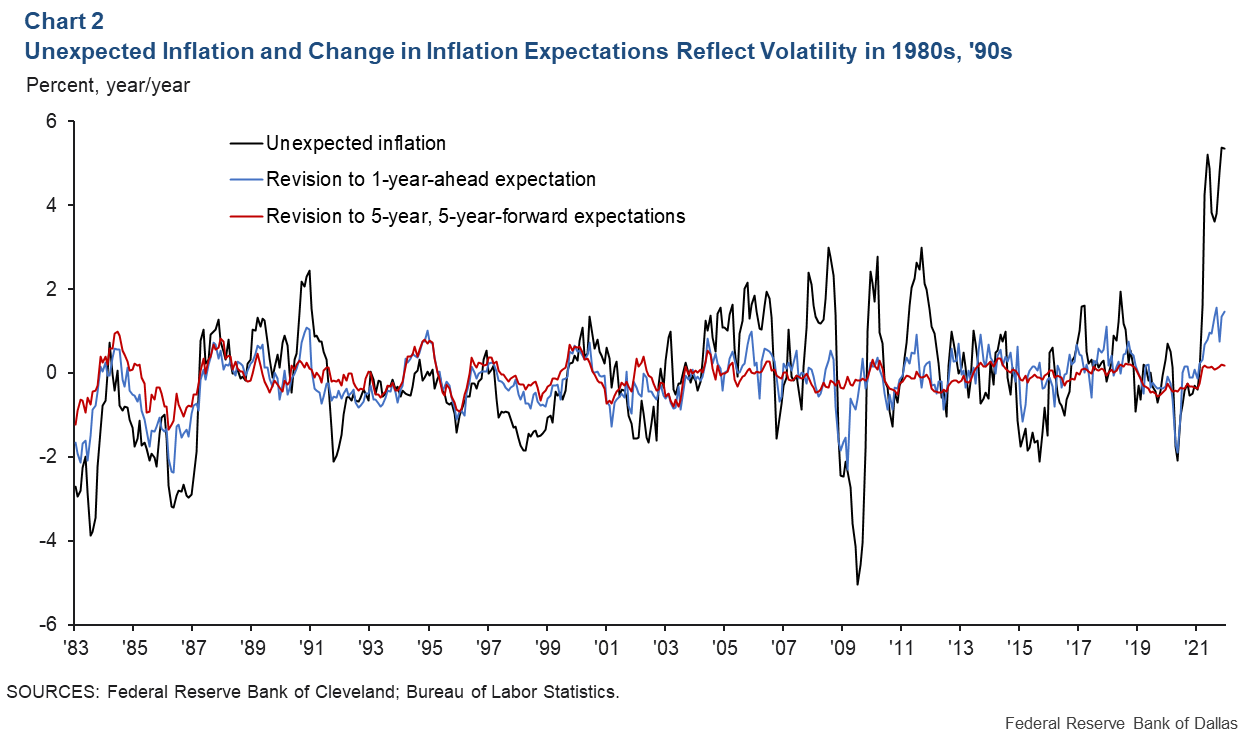 Ten years ago, in a Dallas Fed Economic Letter, I measured the anchoring of inflation expectations in response to a surge in oil and other commodity prices in 2011 that led to a surprise jump in headline CPI inflation.

The article concluded that in the decades since then-Fed Chairman Paul Volcker’s disinflation campaign in the early 1980s, inflation expectations in the United States became much better-anchored. Using ordinary least-squares regressions, I regressed the change in long-term expectations on current unexpected inflation. The data were reviewed by decade—the 1980s, the 1990s and the 2000s.

In the 1990s, the same 1-percentage-point increase in unexpected inflation would lead to an 18-basis-point increase in long-forward expectations, and in the years between 2000 and 2008, the change was only 4 basis points.

That article was written in the wake of the Great Recession, and the Fed’s use of unconventional monetary policy only made up a few years of observations at the end of the sample. Now, with the benefit of an extra 10 years of data, we can ask whether U.S. inflation expectations have remained anchored during the more-recent period of the zero lower bound (the federal funds rate at near 0) and unconventional monetary policy (involving Fed purchases of Treasuries and mortgage-backed securities).

Using data from 2009 to 2021, the estimated effect of unexpected inflation on long-forward expectations is only 4.8 basis points. From this we would conclude that the improvements in the anchoring of inflation expectations that took place over the decades between the Volcker disinflation and the Great Recession continued over the past decade, the period of unconventional monetary policy.

The Current Surge in Inflation and Expectations 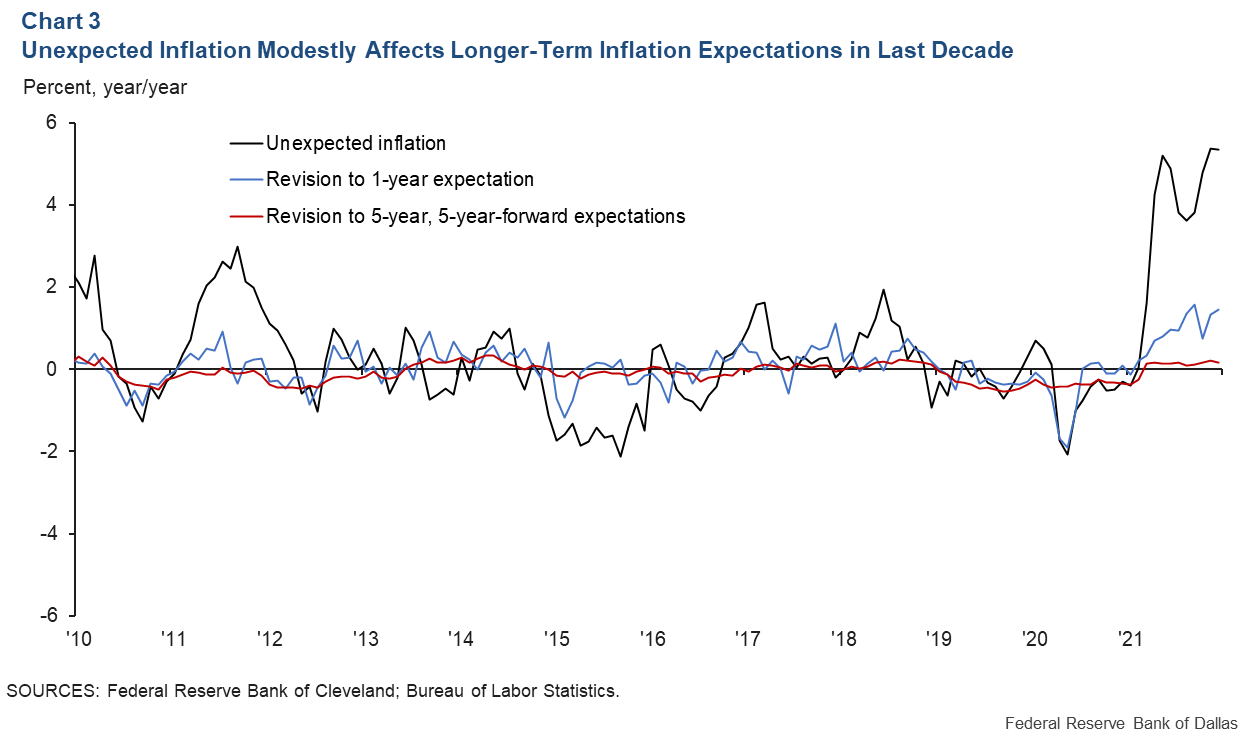 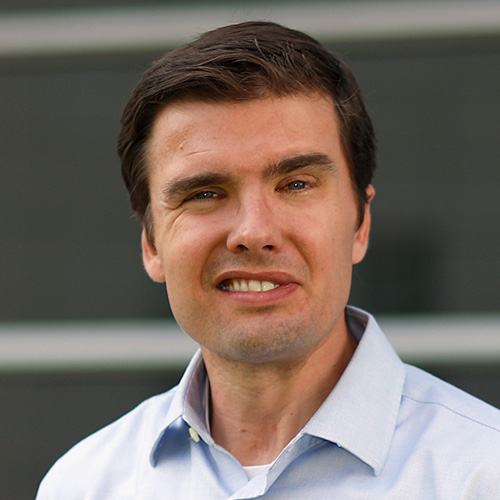 Davis is an economic policy advisor and senior economist in the Research Department at the Federal Reserve Bank of Dallas. 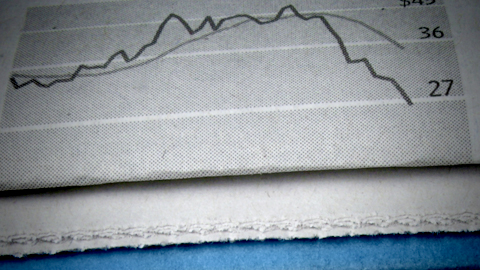 Heterogeneity and the Effects of Aggregation on Wage Growth 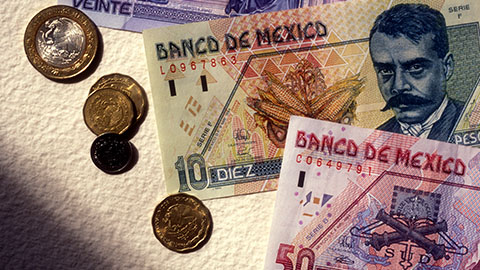